by Admin
in Applications 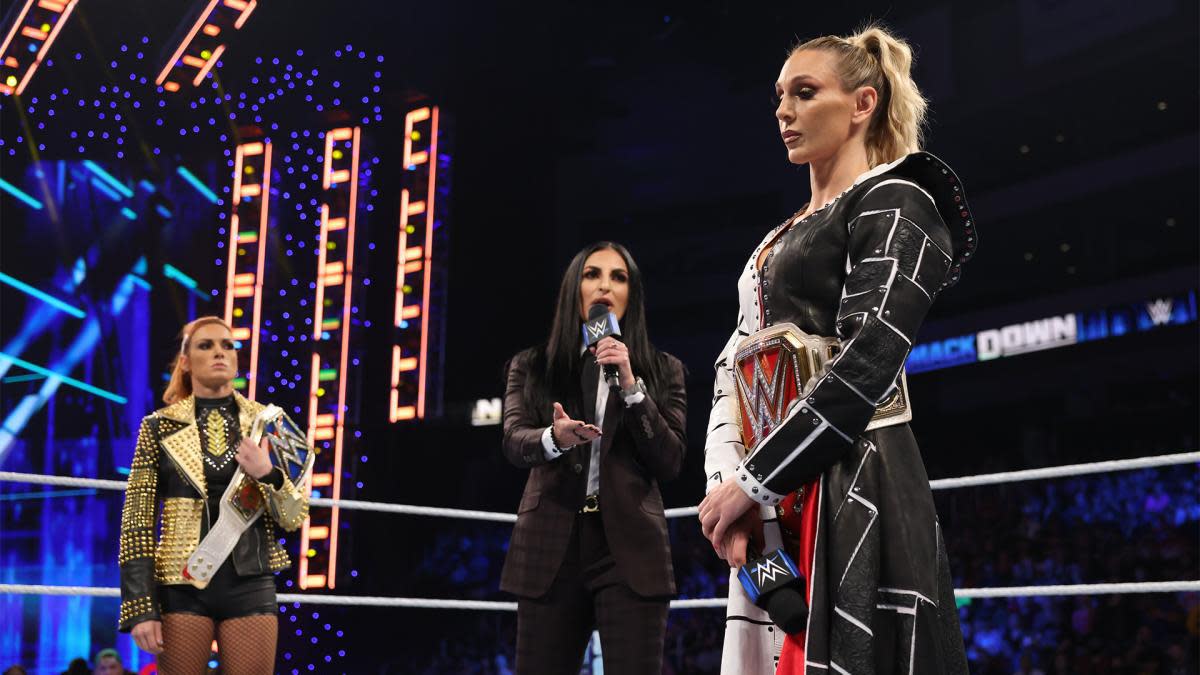 Charlotte Flair has given her side to the incident with Becky Lynch on the October 2021 episode of WWE SmackDown during their championship exchange segment, where Flair was given the SmackDown Women’s Title and Lynch received the Raw Women’s Title.

Flair claimed she accidentally dropped the title before giving it to Lynch. It was reported that Flair wasn’t thrilled with WWE’s plan for the segment and went to management to change it, but that didn’t work.

Flair had a backstage confrontation with Lynch after it, and she was escorted from the venue during Lynch’s dark match to avoid further issues. WWE later booked Flair vs. Lynch in a champion vs. champion match at Survivor Series.

While appearing on the latest episode of Steve Austin’s Broken Skull Sessions, Flair was asked about the situation and stated again it was an accident.

During this same interview, Flair opened up on her relationship with Lynch.

If you use any portion of the quotes from this article, please credit with an h/t to WrestlingNews.co for the transcription.

The Best Smart Thermostats of 2022

Will there be a split between Congress and NCP in Thane district?

Android Users Get iOS 16 Before It Arrives on the iPhone, Sort Of