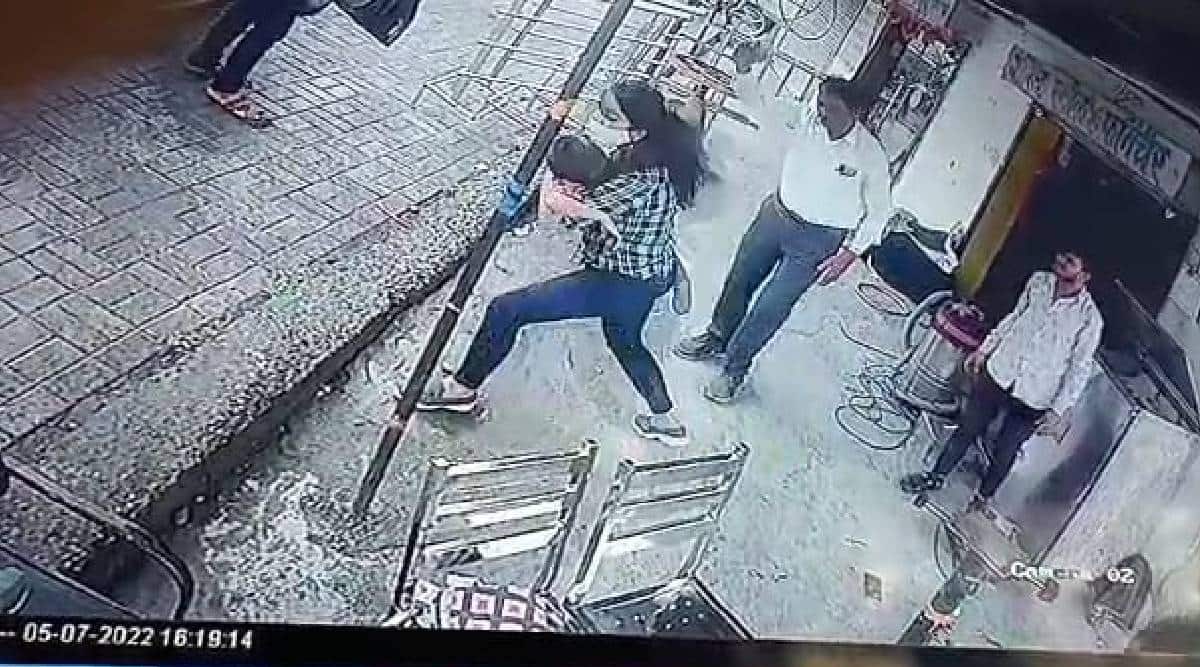 A six-year-old boy has died in Pimpri-Chinchwad. A six-year-old boy who was staying with his mother has died. The name of the deceased boy is Yuvan Daundkar. The heartbreaking incident has been captured on CCTV. Yuan’s mother came to the washing center to wash the car. While sitting in the Gita Steel and Fabrication shop next door, Yuvan suddenly fell head over heels with the grinder machine placed on the iron rod and the machine fell directly on his face, killing him. The weight of the machine is only 20 to 30 kg, said the workers in the shop.

According to police, Yuvan Daundkar, a six-year-old boy, had come to the washing center with his mother. The mother was sitting on a chair in the Gita Steel and Fabrication shop next door, where Yuvan was playing in front of them. Then he tried to push the big grinder machine placed on the iron rod. The machine fell directly on Yuvan’s face. Within a few minutes, the incident took place. Yuvan was picked up by his mother in an unconscious state and rushed to the hospital, where doctors pronounced him dead. Due to this incident, a mountain of grief has fallen on the Daundkar family. A case will be registered against the shop owner for negligence, said senior police inspector Sunil Tonpe.

Food security on the shoulders of only 180 officers; Limitations on action against unauthorized vendors