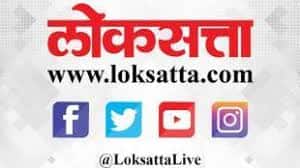 Nashik: On Tuesday, Adv. Nitin Thackeray and After a strong show of strength by the Manik Kokate-led transformation panel, the ruling Pragati panel led by Neelima Pawar and Manikrao Borste on Wednesday filed the applications of aspirants following the same path. As the political parties show their strength to file applications for the Vidhan Sabha, Lok Sabha elections, the same is happening in this election. This year, both the ruling Pragati and the anti-transformation (old name Samaj Vikas) traditional panels will fight. BJP MLA Dr. Opposition panel shocked by Rahul Aher’s support for Pragati panel.

On Tuesday Adv. The MVP Transformation Panel headed by Thackeray and MLA Kokate had filed the applications of interested candidates. At this time, some of the candidates have former office bearers of the organization, the late former minister Dr. D. S. There were plaques with Aher’s image. Dr. against the Pawar group in the organization. Aher’s group remains. At this time, the name of the panel was also changed to Samaj Vikas on the insistence of the interested candidates. After filing the application, a gathering was held at Dhanadai Lawns. At this time, criticism was released on the despotic administration of the ruling group. The opposition panel’s allegations were responded to by the ruling panel on Wednesday. On behalf of the Pragati Panel, the interested candidates filed their applications in a procession from Sushruta Hospital to the organization office on Wednesday for the MVIPR elections. After that, the meeting held at Shraddha Lawns was chaired by senior leaders Shriram Shete, Neelima Pawar, Manikrao Boraste, Ramchandrabapu Patil, Sureshbaba Patil, etc. Rahul Dhikle, Rahul Aher, former MLA Marotrao Pawar and others were present. Pawar presented a graph of the progress made by the organization in the last 12 years. He said that during his career, he has increased to 137 branches, 300 acres of land has been purchased and constructions worth 400 crores have been done. While the role of Sriram Shete was being debated, he participated in the gathering and mentioned that he was with the Pragati Panel for the development of the organization. come Rahul Aher said that the organization needs the strong leadership of Neelimatai. come Dhikle urged the members not to fall prey to the blunders of the opponents.

Speed ​​up filing of application
659 applications were sold till Wednesday. August 11 is the deadline for accepting nominations. Therefore, other aspirants are likely to gather on Thursday. General Secretary is an influential post in the organization. Adv. Five such as Nitin Thackeray, Neelima Pawar, Rajendra Dokhale, Bharat Shinde, Vasantrao Pawar and Tushar Shewale for the post of president. 11 persons like Kokate, Keda Aher, Dilip More, Balasaheb Kshirsagar, Suresh Vadghule have filed applications. 22 applications for the post of Vice President, 11 for the post of Speaker, 18 for the post of Deputy Speaker have been filed.

eknath shinde will felicitated in thane on saturday zws 70

The Last Forest – a film by Luiz Bolognesi

Thieves on Phadke Road in Dombivli; Cash from the hospital was stolen

Pune: Controversy over cooking; Daughter-in-law strangles 71-year-old mother-in-law; Told her husband that she fell unconscious; Bing broke out in the autopsy report