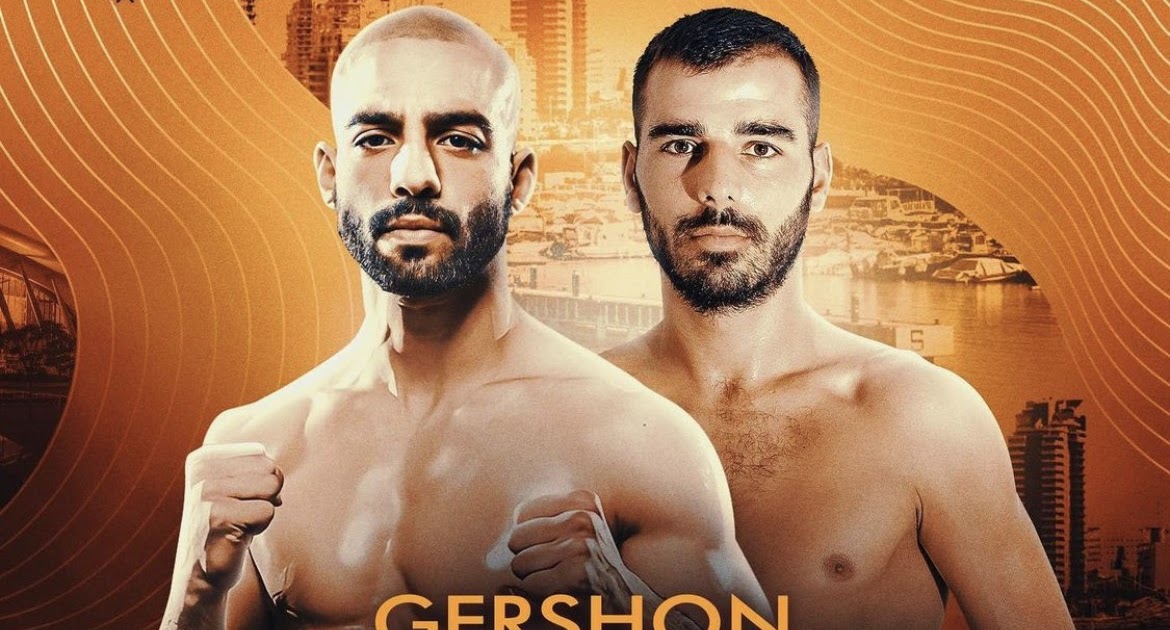 Share on WhatsappShare on FacebookShare on Twitter
On September 15 in Ashdod, Israel, kickboxing star Itay Gershon will make his professional boxing debut against Armi Kovaci. Gershon hasn’t fought in his home country in seven years. He called the opportunity to fight in Israel “a privilege.”

Gershon is a 29 year old from Jerusalem. His kickboxing record is 17-5-1, and he’s 4-1-1 in Glory, a highly regarded organization. Kickboxing features three three-minute rounds, and unlike boxing there aren’t many tune-up fights, so it’s a very good record. Itay is known for his spinning kicks and flying knees; his most potent offensive weapon are kicks. But he has power in his hands, too. Particularly the left.

Gershon switches stances. In Glory, against Trevor Ragin in 2018, he landed an overhand left as a southpaw to score a knockdown in the first round. Later, as a righty he connected with a beautiful left hook. In the second, he smashed Ragin repeatedly with overhand lefts to eventually score another knockdown and earn the KO. Facing Guerric Billet last summer, Gershon threw his left jab more than usual.

But Gershon, who fights in what amount to the junior middleweight division, will face some challenges in making the transition to boxing. A kickboxer’s stance is more square than a boxer’s. The footwork is different in the two sports. Kickboxers typically don’t move their head or upperbody as well as boxers do. Their punches tend to be wide and clubbing shots

A Jew from Argentina, Mariano Plotinsky, successfully made the transition from kickboxing to boxing several years ago. He had all the above flaws, but managed to win the Argentine light heavyweight title, defeat Thomas Ulrich in Germany to win an alphabet org’s intercontinental belt, and challenged Juergen Braemer for his world title strap. So there’s a precedent. 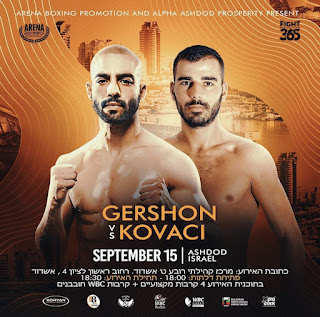 Armi Kovaci, a 24 year old super middleweight from Tirana, Albania, sports a poor record, but he’s competent boxer. He’s 1-6 with one KO, but in his losses, his opponents had a combined record of 24-2-1 when he faced them. A southpaw, Kovaci possesses a good jab and keeps a responsibly high guard. He always comes to win and doesn’t go into survival mode. Despite being stopped three times, he can take a punch.

He’s a road warrior who often faces the ire of hometown referees despite no discernible infraction taking place. Against Ales Makovec, Kovaci even dealt well with a comically tiny stool provided in the corner in between rounds.

As expected, Kovaci exhibits a few flaws that explain his subpar record. He doesn’t have much power, often poking or slapping with his left. He sometimes falls in when throwing the back-hand. The southpaw often seems tight and isn’t fluid. He doesn’t really move his head or upperbody. He doesn’t tuck his chin, but when an opponent gets close, he has a bad habit of lifting it higher. Kovaci has the same tendency when he steps straight back.

In that June fight against Makovec, Kovaci fought well. Makovec is a southpaw who threw wide overhand lefts, none of which troubled the Albanian much. Kovaci was pumping his jab, and it was a close fight. In his last fight, a July clash with righty Simone Bicchi last month, Armi didn’t jab at all. Bicchi landed 1-2s over the top with exquisite timing. The left hook worked for Bicchi as well. Kovaci lost both fights by decision.

Gershon is around 5’9″ with a reach in the range of 72″. Kovaci is likely an inch or so taller. In addition to a height advantage, the Albanian has an age advantage, has been more active in the ring recently, is the naturally bigger man, and has more professional boxing experience. Gershon has more experience in combat sports.

Against a tall southpaw Luke Wheelan, Gershon fought mostly as a righty. That would be a wise strategy against Kovaci. Fighting as a righty would neutralize Armi’s jab. He’s also susceptible to the left hook as the Bicchi fight showed, and Gershon has a good one. Kovaci is a tough opponent for a debutant. If Gershon looks impressive against him, that would be an endorsement to continue boxing.

Why I Fight | Joe Johnson – EverybodyFights

Latest News with live updates and videos, Information about Emergency Services, in English, Hindi and Marathi