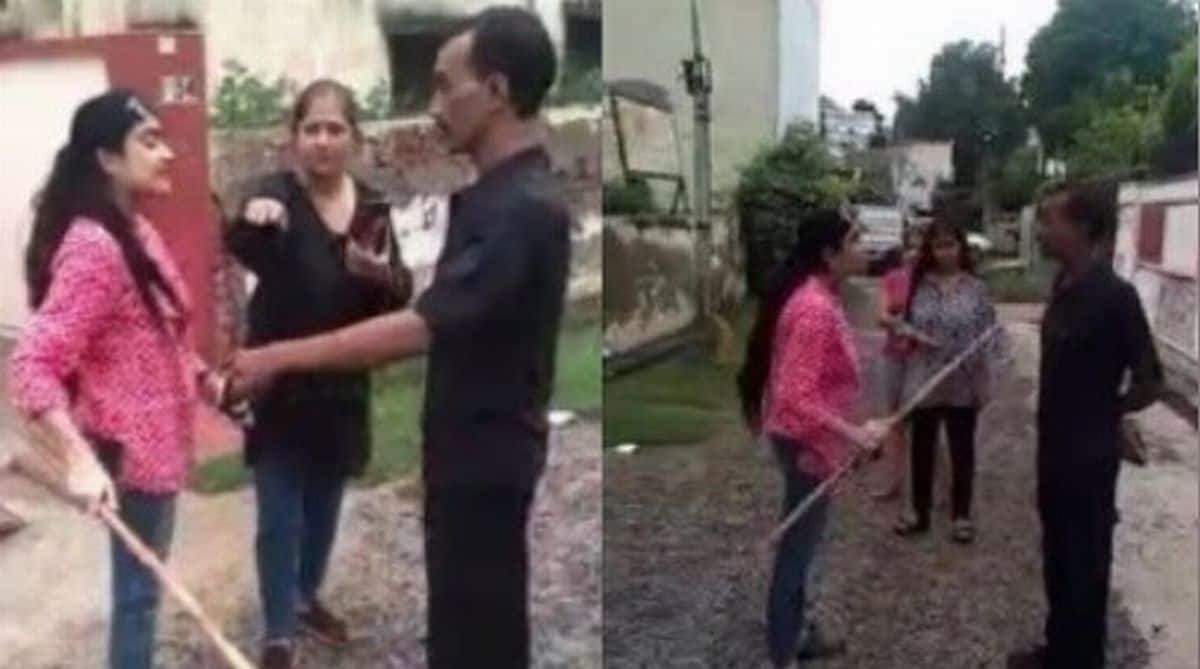 The incident took place in the LIC Officer Colony behind the Agra Police Station. On Saturday evening, the woman argued with the security guard while he was taking the dogs out of the society. The woman alleged that the dogs were being killed. This time the woman got so angry that she beat him with a stick. At this time abuse was also done in Arwach language.

“You will kill dogs, seen too many *** like you. Take him to the police station,” the woman is seen saying in the video.

The police have taken notice of this incident. Agra Police has tweeted a video in which the Police Commissioner Vikas Kumar has registered a case and informed that appropriate action will be taken.

The name of this security guard is Akhilesh Singh and he is a retired jawan. He works as a security guard in LIC officer colony. “Street dogs enter the society and defile the area. They have also attacked some people in the colony. In such a situation, we do not allow them to enter inside,” he told the police.

Pune: The case of murder of a woman in Yerawada solved; Garbage picker arrested