There is no decision on the import of wheat at the moment! ; Forced export ban to avoid price hike till Diwali 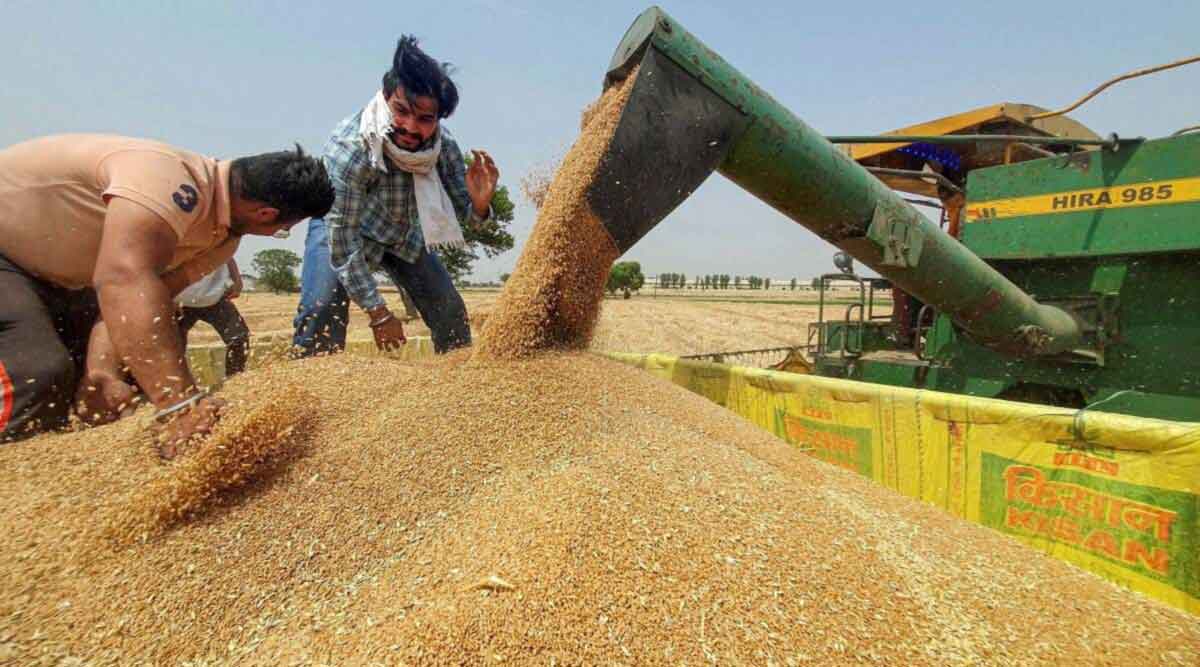 Pune : There will be no decision regarding import of wheat in the country at present. Strict export restrictions are being imposed by the government to control the price. Export of wheat, flour, flour and semolina can be done under exceptional circumstances with the permission of the Center to keep the price of wheat in the market stable till Diwali. At present, the wholesale prices of wheat are Rs. 23 to 27. Exporters of wheat, flour, semolina, maida have informed that the retail prices are between 29 to 34 rupees.

Wholesale prices of wheat in market committees across the country range from Rs 23 to Rs 27 depending on the quality. Retail rates range from Rs.29 to Rs.34. Current rates are bullish. But, the central government is focusing on keeping the minimum rates stable till Diwali. The government can sell wheat in the open market during the festive season and especially Diwali if the price increases. But, in any case, import is not possible. If wheat is imported, the price of wheat will crash, farmers will strongly oppose it. Anup Shah, an exporter of flour, maida, semolina, said that the only measures the central government can take are a strict export ban. As a result of the global situation, the price of wheat increased and the export from the country increased tremendously. Even the central government could not get wheat for its welfare schemes, after which the center, in a rude awakening, banned the export of wheat from May 13. The traders of the country increased the export of wheat flour, semolina and maida as soon as the export of wheat stopped. This export was so huge that it increased by 274 percent compared to the previous year. Last year flour worth about 247 million dollars was exported. This year, exports worth 212 crore dollars were exported from February to July. So the sleeping government woke up again and decided to ban the export of flour, maida and semolina on July 8. This ban came into effect from July 12. Now from August 14, the export ban criteria have been tightened.

The Donald Trump Comedy/Mystery Hour Keeps Rolling Out New Episodes. 1) Trump’s Cries Of “Lock Her Up” Against Hillary Clinton For Deleting Private Server Emails Now Sound Ridiculous As Newly Released Photo’s Revealed Trump Presidential Records Torn Up And Thrown Into Toilets At Mulitiple Locations. 2) However, This Humiliating, Criminal Act Was Upstaged By An FBI Search At Mara-a-Lago. The DOJ Is Seeking To Recover Classified Documents Trump Illegally Removed From The White House. The Republicans Are Crying “Witch hunt” Before Knowing The Details Of The Potential Crimes Trump Has Committed Against The Government. 3) Today Trump Pleaded The Fifth During A Deposition That His Company Committed Insurance And Tax Fraud.

take U. U. Lalit appointed as Chief Justice

Classify all the crimes against Nupur Sharma with Delhi Police! ; Supreme Court order, leave to appeal to Delhi High Court

Round the clock shuttle service of PMP to Bhimashankar pilgrimage site

Eiffel review – All the subtlety of a sledgehammer